Chinese hair vs Indian hair: One of most appropriate comparison

Chinese hair vs Indian hair: One of the most appropriate comparison

The debate between Indian vs Chinese hair is one of the most common and well-known among clients all around the world. The two hairs have distinct qualities that cater to the needs of their respective clientele. This article is for hair vendors who are attempting to figure out which one is best for their business. Because of its economic efficiency, the hair industry has recently been a popular choice for new company ventures.

Following that, companies attempt to follow the trend and fail due to a lack of expertise. Chinese and Indian hair are two forms of hair that are good for folks who are starting out on a tight budget. You should, nevertheless, think about it carefully. This essay compares Chinese and Indian hair in great depth and will be beneficial to you.

The differences between Chinese Hair vs Indian hair: Introduction 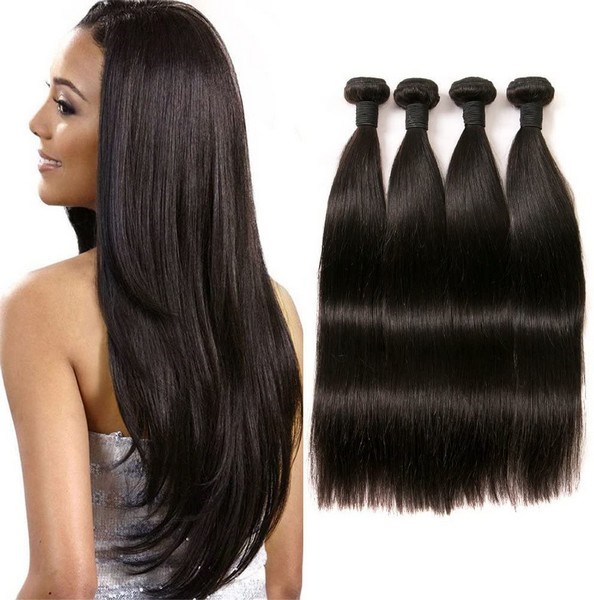 To address the question, “Should I buy Indian or Chinese hair?” It is determined by your budget and the customer’s goal. So let me give you an outline of two different sorts of hair.

Chinese hair is a mixture of hair types from several nations, with a wide range of stunning styles. You will be appealing by grabbing eye appearance the first time you contact this hair, however the quality of Chinese hair is not recognized.

The much more popular hair texture on the market is Indian hair. Because the hair business in India is growing, a large amount of hair is exploited in the nation each year. As a result, the quality of Indian hair varies greatly.

Chinese and Indian hair have a number of similarities

Chinese hair vs Indian hair: where do they come from?

First and foremost, most of you have no idea regarding the origin of Indian vs. Chinese hair. Even the greatest Chinese hair companies import hair from other nations, such as India. To put it another way, Indian and Chinese hair both come from the same place.

The hair is collected in various locations across India, a country known for its hair exports, and then sent to facilities in China to be processed again. China’s factories have a variety of procedures for transforming terrible hair into something “shiny, bouncy,” but that’s just the appearance. Natural hair originates from various parts of India, making it easy to lose and tangle after a short period of use.

The price is the second point of comparison. As previously said, Indian and Chinese hair originate from the same sources, and the prices are practically identical. It’s easy to see why the price in China isn’t much higher, despite the cost of the procedure. China is the world’s factory, with highly developed technologies and low-cost labour. As a result, Chinese hair may be purchased for approximately the same price as Indian hair. Normally, Indian hair costs $6 each bundle and Chinese hair costs $7 per bundle.

Chinese hair vs Indian hair: how long do they last?

Finally, the two hairs have identical durations. The hair originates from various locations in India, as well as various persons, classes, and ages. That is why Indian hair versus Chinese hair has a short lifespan and cannot be compared to high-quality hair such as Vietnamese or Burmese hair.

What is the distinction among Indian and Chinese hair? 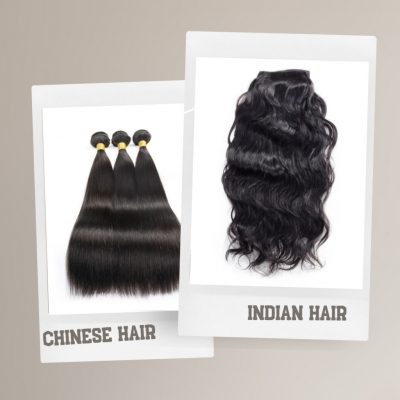 Outlook includes a lot of features

To begin, the differences between Indian and Chinese hair may be distinguished by their appearance. In photographs, Chinese hair will appear shinier and more bouncy. Meanwhile, Indian hair is rougher and more natural than European hair. Do you have any insight on why this is so? The reason for this is that Chinese hair factories treat the hair with their own unique processes and a lot of chemicals. That’s how they give the impression that the hair is really nice at first glance, but that’s not the case when it comes to the quality of the hair.

Second, there is a distinction between Indian and Chinese hair in terms of quality ranges. Despite the fact that the hair originates from the same sources, the quality is practically identical. There are a few differences:

● Without considering the hair sellers, Chinese hair merchants might blend the hair with synthetic fibres to cut the price and increase earnings.

● Apart from importing hair from top Indian hair suppliers to suit the needs of consumers on a budget, Chinese hair vendors also import hair from Vietnamese hair vendors such as Cyhair factory to fulfil the needs of high-demanding clients in Europe, the United States, and elsewhere. As a result, you can still buy high-quality hair from China, but it will cost you more than buying straight from Vietnamese hair producers.

Although the origins of Chinese and Indian hair are quite similar, there are significant visual variances.

● It may be Chinese hair if you notice incredibly smooth, shining, and bouncy hair with exquisite patterns. Chinese hair, unlike Indian hair, is made up of a range of hair types. As a result, Chinese firms must handle a large number of chemicals before making them homogeneous and appealing to customers.

● Indian hair is coarse and natural-looking. Natural colours of dark brown, black, and everything in between are common in almost Indian hair. Indian hair, in particular, has a natural curl that is not present in all hair varieties.

The fragrances of Chinese and Indian hair are not the same.

● As I already stated, Chinese hair contains several chemicals. As a result, it has a distinct chemical odour. Alternatively, if you buy hair from a more attentive provider, they will employ aromatherapy to mask the chemical odour.

● Indian hair smells more natural than Chinese hair, but it is not as clean as Chinese hair since it is manufactured in such large quantities. As a result, its odour is inferior to that of higher-quality hair, such as Vietnamese hair.

When you touch Chinese and Indian hair, you will notice a difference. Indian hair has a wavy, curly structure that makes it difficult to run your fingers through. Chinese hair, on the other hand, is smooth and silky at first. However, the structure has been compromised, and the durability of the product will suffer as a result. 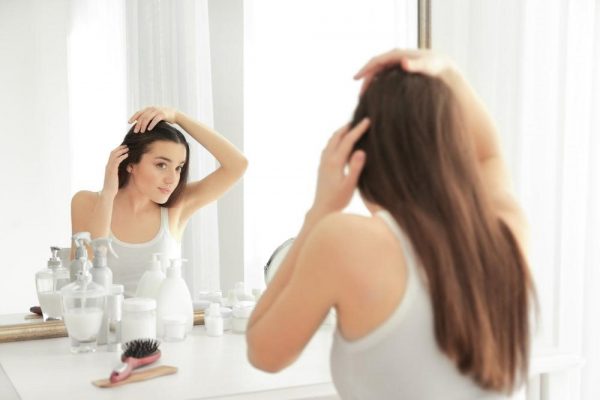 When comparing Indian and Chinese hair, there are a few things to keep in mind.

During the usage of China hair vs Indian hair

● When utilising the two types of hair, you need to use hair care products on a regular basis to keep the hair in its natural shape, since it may easily lose its curls if not properly cared for.

● Additionally, avoid exposing your hair to the sun, since UVA, UVB, and other harmful rays from the sun may quickly damage your hair.

● Finally, while using Indian hair vs Chinese hair, you should get your hair checked by professionals on a regular basis since low-quality hair can harm your health.

After the usage of China hair vs Indian hair

● After you’ve used Indian hair versus Chinese hair, you should wash it and store it.

● Furthermore, because the hair is prone to losing and tangling, you should use a particular comb for it.

Only human hair is used at the Cyhair manufacturing. They used to just import hair in large quantities and sell it to other wholesalers throughout the world. They chose to sell on social media because of the effectiveness of Covid-19. Their hair is of excellent quality, and their customer service is excellent. Vietnamese hair extensions are a good choice if your target market is people who want high-quality hair and are prepared to spend a fair price for it. Cyhair Vietnam is the market’s biggest hair supplier, offering Vietnamese, Burmese, and other types of hair. Leave information and receive discounts from us